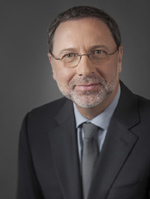 As an especially busy year is about to end and the usual easing of parliamentary and governmental activities provides most of us with the opportunity to enjoy a few days of well-deserved rest over the holiday period, this is an appropriate time to offer some New Year’s resolutions. Here are three resolutions we submit to the political class, along with a resolution for the business community.

Resolution 1: Tell the truth (or give us the straight talk) to break from the climate of uncertainty

It’s possible to maintain a realistic and honest dialogue and appeal to a sense of responsibility. But some of the people involved need to stop deluding the population by leading it to believe the Québec model can do everything. Over the years, Québec has adopted programs that are frequently more generous than the other provinces, even though it doesn’t have the financial wherewithal. The sobering reality is that if we are unable to pay for public expenses now – hence our structural deficit situation – future generations will have to do so.

More and more people realize the government can’t do it all – and in fact, it does too much – considering its means. The persistent deficits and the government’s high debt level attest to this fact. And the population is under no illusion. There is a majority of people smothered by the heavy tax burden who are calling for change, but they are unable to make their voice as resounding as that of others in the public forum.

Certain people involved in the process need to stop evoking the word “austerity”. While the tough decisions are a matter of exercising rigor, using the word austerity ad nauseam undermines people’s confidence; it provokes anxiety and that drives people away, and, in the process, you frequently forget to talk about vision, accomplishments and projects. You have to inspire confidence again and provide a sure-fire vision of long-term stability to better stimulate investment.

Remember, while it’s true the business tax rates are quite favourable compared to our neighbours, employers’ contributions, which are used to fund some of the programs (CSST, QPIP, QPP, etc.), are still 30% higher than in Ontario and 45% higher than the Canadian average. When you factor in the overall tax burden borne by Québec companies, business taxation is almost two times higher than that of the other provinces. This tax burden is also prevalent from an individual taxpayer’s standpoint. And we aren’t the ones saying this; it’s documented by the Québec Minister of Finance. When you have such little room to maneuver, confidence becomes threadbare if you add in a climate of uncertainty. The key to our appeal is based around the predictability and stability of our business environment (regulation, taxation, etc.).

Resolution 3: Yes, discuss and negotiate, but finish the job!

Saying what you’re going to do is fine, but actually doing it is even better. Take the plans to restructure the healthcare, education or daycare systems, for example. All too often in the province’s history these reforms have been short-circuited, even before they were able to achieve the hoped-for results, with structural debates being a notable stumbling block. It is imperative that these efforts be sustained to completion and be based on concrete and measurable results, in the interest of children, parents, students, patients and taxpayers.

The social fabric of a society is founded on an important value: social solidarity. So that this solidarity doesn’t erode and citizens continue to willingly accept paying taxes, income tax and fees to fund public programs, one needs to ensure the efficacy of these programs. The government must ascertain the programs it runs continue to be relevant, are efficiently administrated by preventing abuses in the use of public services, making sure they are delivered in the most economical manner, their funding is adequate and is in line with taxpayers’ ability to pay, and are subject to on an ongoing evaluation.

Business community resolution: Articulate a vision of prosperity by, for, and with all

While Québec may still lag a bit behind its neighbours in some respects, all is not doom and gloom because the province can tap into an increasingly educated population, steeped in culture and creativity, in its natural resources, and may we say, with a very palpable awareness – which needs to be fostered – of the issues revolving around maintaining and enhancing our prosperity. Based on what distinguishes us, we have the ability to create a culture of entrepreneurship and economic development in Québec.